Presenter:
Justin Bull (@f3ndot) at doored.ca (@dooredCA) talked about how the Doored.ca project came to be, how it resulted in a media buzz, influenced policy, and garnered civic action. Justin is a security enthusiast, cycling nutbar and software engineer at Wealthsimple. He created Doored.ca and MyBikeLane projects to advocate for Toronto cycling. 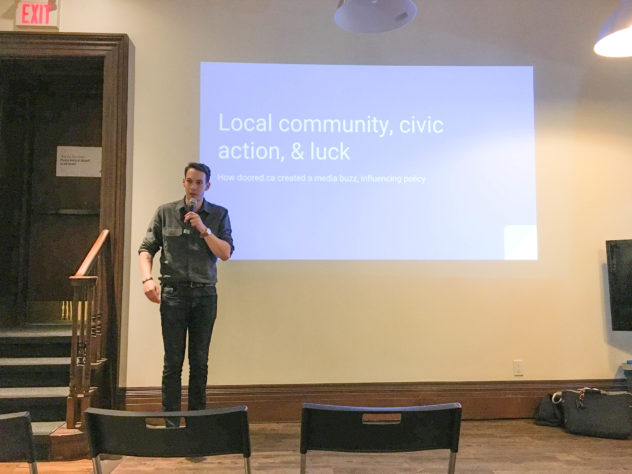