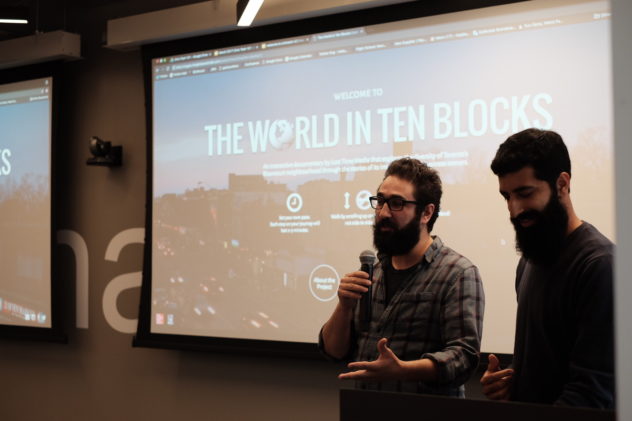 The World in Ten Blocks is an interactive web documentary that explores the diversity of Bloorcourt through the stories of its immigrant small business owners and was launched online with The Globe and Mail in November 2016. The creators will present a walk-through of their project and discuss the process of taking a DIY interactive documentary from concept to release.

Marc Serpa Francoeur and Robinder Uppal are documentary filmmakers and interactive producers whose current work builds on lifelong interests in immigration and diversity issues. They both hold MFAs in Documentary Media from Ryerson University, where The World in Ten Blocks began as their thesis work.